As you look to provide reading materials to your class for this exciting month, it's important to search for historical nonfiction books about women that your students might be interested in learning more about. From Ruth Bader Ginsberg to Rosa Parks, give your students with interesting books to learn from.

As a justice on the U. S. Supreme Court, Ruth Bader Ginsburg is still a member of the highest court in the land in 2020. She is the second woman to serve on the U. S. Supreme Court and was the first woman to become a tenured professor at Columbia University. She is a strong supporter of gender equality and has created a strong legacy for women both young and old to follow.

A civil rights activist, Rosa Parks made her mark in history as the woman who refused to sit in the back of the bus and give up her seat to a white passenger. This action sparked the Montgomery Bus Boycott, which then led to the beginning of ending segregation in all public facilities.

Books That Talk About Groups of Women

Historical nonfiction books about women can include books that talk about presidential wives who have had a big impact on the history of the United States. Michelle Obama, Hillary Clinton, Eleanor Roosevelt, Barbara Bush, and more have shaped the history of the United States through their hard work and dedication to various causes. Famous writers are always a good topic that can inspire students, and writers such as Maya Angelou, Toni Morrison, Virginia Woolf, Harriet Beecher Stowe, and others have shaped the literary world with both their fiction and nonfiction works. 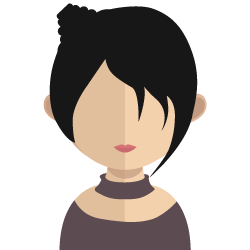 Hi there, I am Felicia Fromps. I am a strong supporter of investing in textbooks for lifelong learning. While I was in college, all of my peers were using digital textbook versions whenever possible. I stuck with the classic models due to my love of that new book smell and feel. I also wanted to scribe my thoughts and notes in the margins as I gained knowledge in the subject. Working with a real textbook just makes me feel like I am learning faster and retaining the information longer. After graduating, I did not want to sell my textbooks back to the college. Instead, I set them up on the bookshelf, so I could refer back to the information whenever I wanted. I hope to share my love for textbooks with you through this site. I will also discuss how to obtain educational books and supplies for yourself and others.